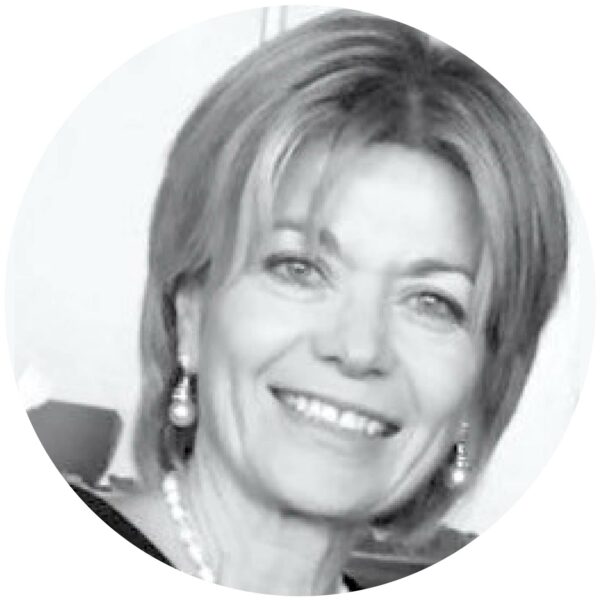 As Director of the John & Myriam Wylie Foundation, Myriam is a well-respected philanthropist who is passionate about education.

Monaco-born, Myriam is a strong proponent of school language programs and bilingualism and was named Honorary Consul General of France in Victoria after her work promoting bilingual education programs. 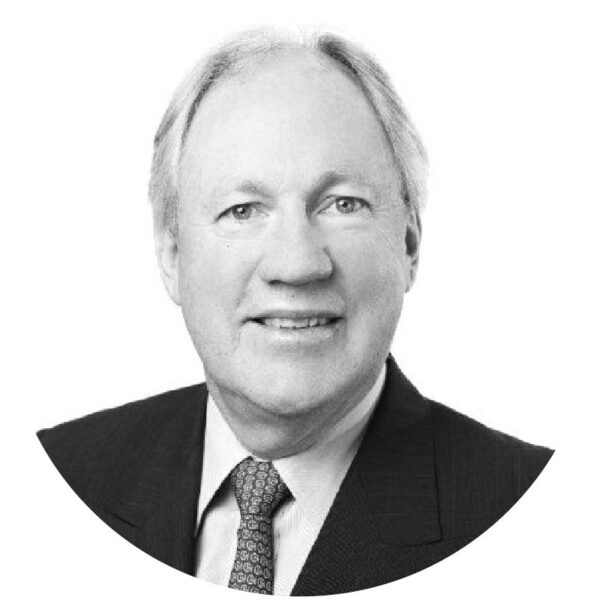 Sir Rod Eddington is one of Australia’s most experienced and accomplished business leaders. His many past roles include Non-Executive Chairman (Australia & New Zealand) at J.P. Morgan and CEO of Cathay Pacific, Ansett Airlines and British Airways. In 2005, Sir Rod was awarded a Knighthood by the British Government for services to civil aviation. 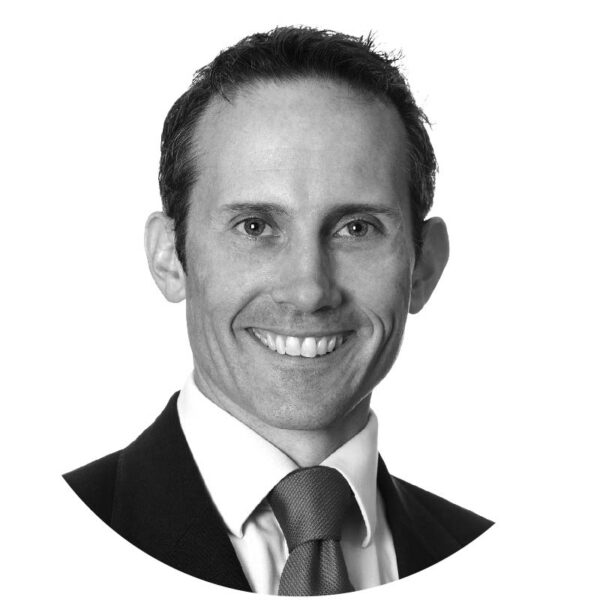 The Hon Dr Andrew Leigh MP is one of Australia’s most respected parliamentarians. He is the Shadow Assistant Treasurer, Shadow Minister for Competition and Productivity, Charities and Not-For-Profits and Trade and Services, and Federal Member for Fenner in the ACT.

Prior to being elected in 2010, Andrew was a Professor of Economics at the Australian National University. He holds a PhD in public policy from Harvard, having graduated from the University of Sydney with first class honours in Law and Arts. He has written numerous books, including Battlers and Billionaires: The Story of Inequality in Australia, and The Economics of Just about Everything. 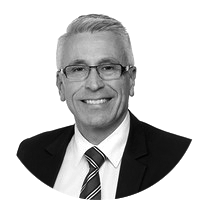 Bruce is a professional executive with unique experience gained over 33 years in roles across all levels of the Victorian public education system. He offers expertise in leadership development, policy advice, strategic planning and implementation, organisational design, cultural transformation, keynote speaking and executive coaching. 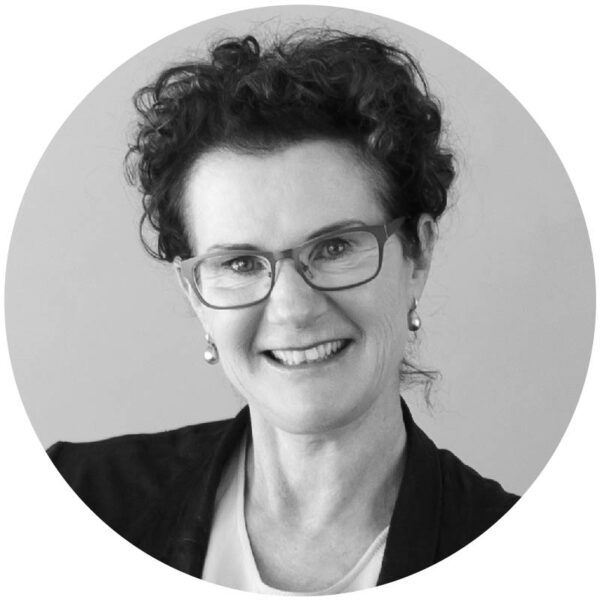 Holding one of the country’s most diverse portfolios of board appointments, Carol Schwartz is an esteemed leader and change maker in areas including gender equality, women’s leadership, governance, social enterprise and business and finance issues.

As Founding Chair of the Women’s Leadership Institute Australia, Carol is the driver of the womenformedia.com.au initiative, which aims to increase female representation in the news media. David Evans is the Executive Chairman of Evans and Partners and established the investment advisory company in June 2007.

Since 1990, David has worked in a variety of roles within JB Were & Son and the merged entity Goldman Sachs JBWere Pty Ltd. Prior to establishing Evans and Partners, David ran Goldman Sachs JBWere’s Private Wealth business and the Institutional Equities business. His most recent role at GSJBW was as Managing Director and Chief of Staff. George currently plays for both the Hobart Hurricanes and the Tasmanian Tigers, where he is the team captain. 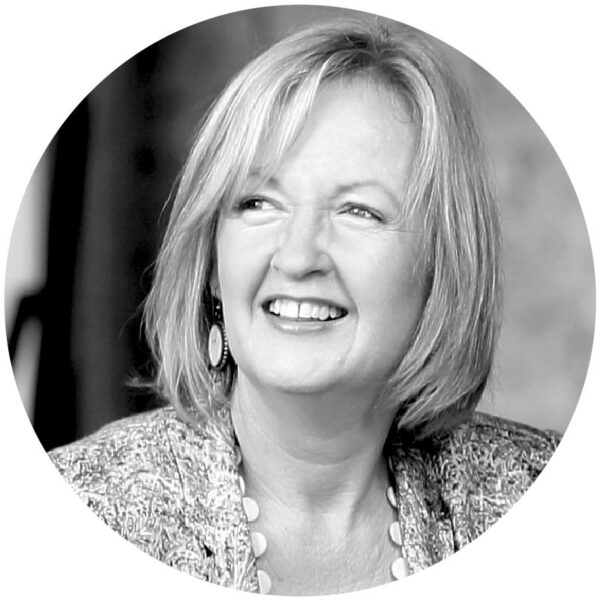 Jan Owen is a highly regarded social entrepreneur, innovator, influencer and author who has spent the past 25 years growing Australia’s youth, social enterprise and innovation sectors.

In 2012 she was named Australia’s inaugural Australian Financial Review and Westpac Woman of Influence; in 2014 she received an Honorary Doctor of Letters from the University of Sydney; and was awarded membership to the Order of Australia in 2000. She is the author of Every Childhood Lasts a Lifetime (1996) and The Future Chasers (2014).

Jan is the CEO of the Foundation for Young Australians and YLab, the global youth futures lab. Her lifelong mission is to unleash the potential of young people to lead positive change in the world. 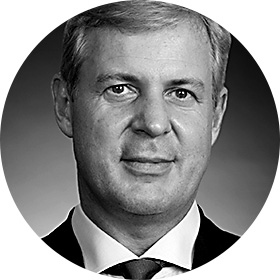 John W.H. Denton AO is a global leader in law, business, and policy. He previously served as First Vice Chairman of the International Chamber of Commerce (ICC) and member of the ICC G20 CEO Advisory Group, the primary body for establishing the direction of business input internationally. Before his work at the ICC, he was Partner and CEO of Corrs Chambers Westgarth, a leading independent law firm. John also held the role of Chairman of the UN High Commission for Refugees in Australia and served as a key member of the Australian Government advisory panel overseeing the development of the ‘Australia in the Asian Century’ White Paper.

John currently serves as Chair of the Business Council of Australia’s Global Engagement Taskforce, Chair (emeritus) of the Experts Group on Trade and Investment in Indonesia, Board Member of Asialink and Asia Society, and a Founding Member of the Australia-China CEO Roundtable.

In 2015, John was appointed as an Officer of the Order of Australia (AO) for his work in business and commerce, the arts and social welfare, and with refugees. 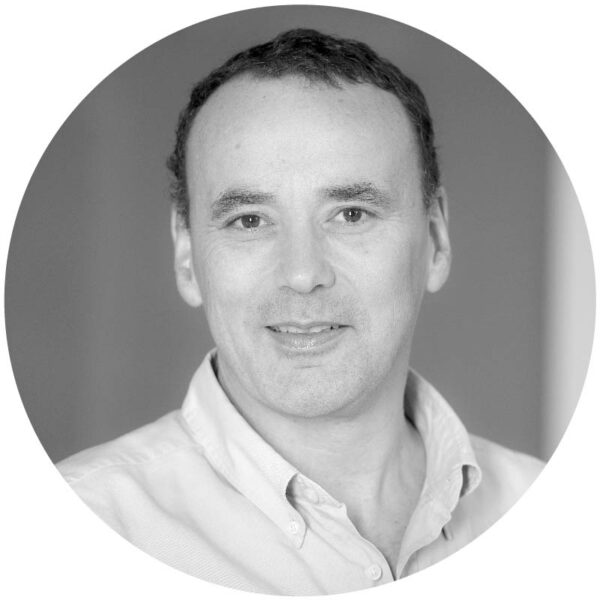 John Dyson is one of the founders of Starfish Ventures, which supports the start-up and growth of innovative new companies. Prior to founding Starfish Ventures, John worked in the investment banking and stockbroking industries for JAFCO Asia, Schroders, Nomura Securities, KPMG and ANZ McCaughan.

John is also a Co-Trustee of the Dyson Bequest, a charitable foundation that provides grants to a range of social welfare, educational, and environmental causes. 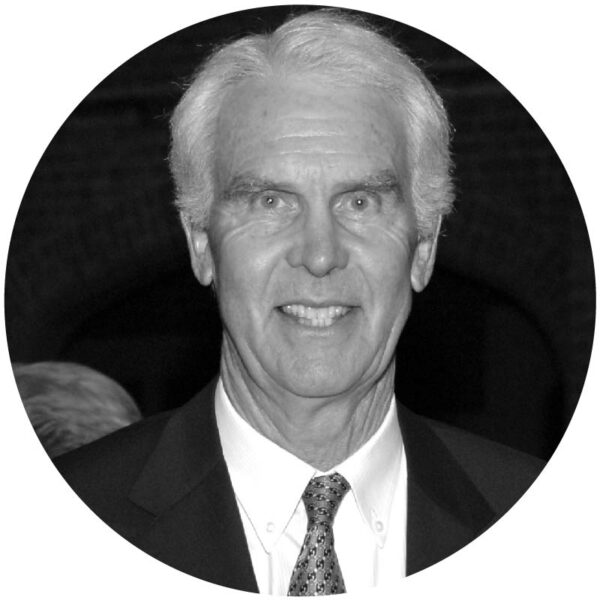 John Inverarity is well known as an Australian and state cricketer, and more recently, the Chairman of Selectors for Cricket Australia. Less well known is that John’s greatest passion is education.

John Inverarity taught maths at various schools in both Australia and the UK. He served as Vice Principal at Pembroke School in Adelaide and Headmaster of Hale School in Perth. He is now leading the work of Teach For Australia in Western Australia. 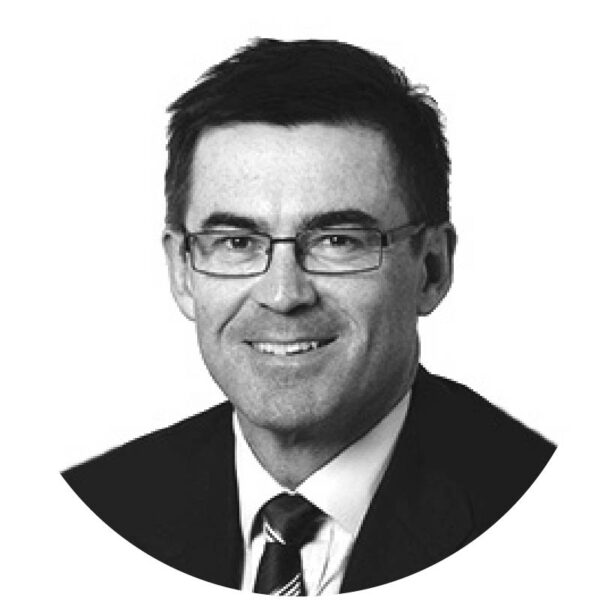 John Wylie is Principal of investment firm Tanarra Group and Chair of the Australian Sports Commission. He was previously CEO of the financial services firm Lazard.

John is President of the Library Board of Victoria, a Trustee of the Rhodes Scholarship Trust at Oxford University, and a Director of the Melbourne Stars Big Bash League cricket team. Following his contributions in many fields of endeavour, John was made a member of the Order of Australia in 2007. 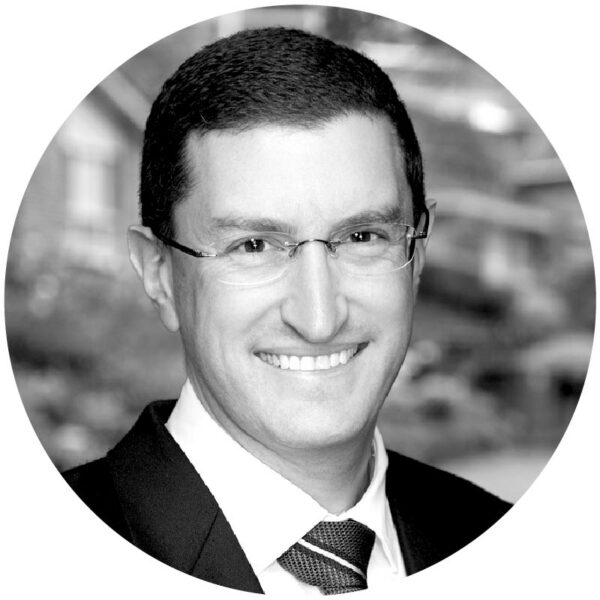 Julian Leeser MP was elected as the Federal Member for Berowra in July 2016 and has already made significant contributions to the national debate on issues from mental health to reform of Australia’s federation.

Prior to this, Julian was a senior executive at Australian Catholic University. He has served on several boards including Mercy Health, one of Australia’s largest private health organisations, Teach For Australia, and Playwriting Australia. Julian was previously Executive Director of the Menzies Research Centre. He also worked as a lawyer at Mallesons Stephen Jacques and was an associate to High Court Justice Ian Callinan. 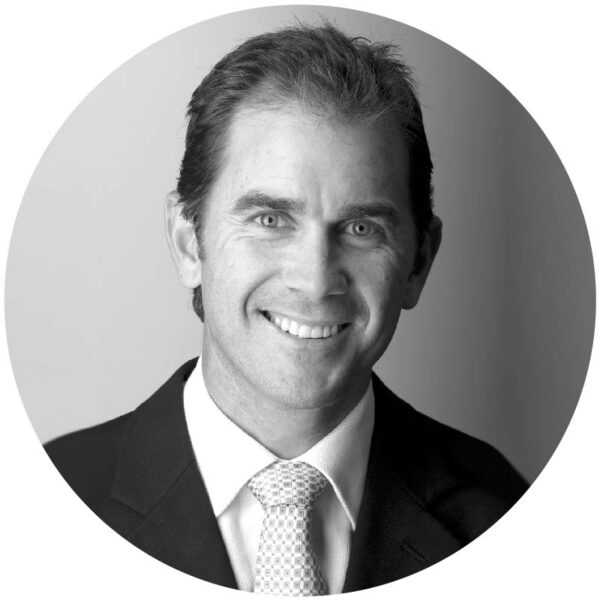 Justin Langer is one of Australia’s greatest ever opening batsmen, who played with distinction for Australia in 105 Test matches. He is Head Coach of both the Warriors and Perth Scorchers in Australian domestic cricket.

Justin is currently a Leadership Coach for a Teach For Australia Associate in Western Australia. 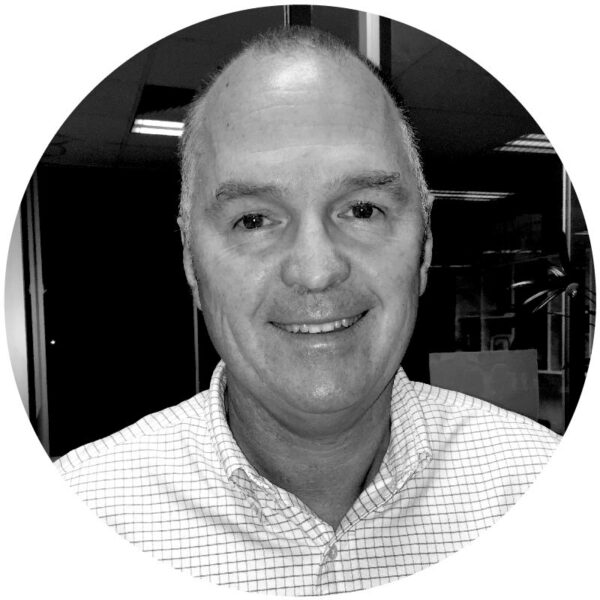 Mark Brayshaw is a former Australian rules footballer who played for North Melbourne Football Club in the AFL and Claremont in the WAFL.

Mark is currently the CEO of the AFL Coaches Association, having previously been the CEO of Richmond Football Club. Michael Traill has been a leading figure in both corporate Australia and in driving innovative social enterprises. He was founding CEO of Social Ventures Australia from 2002 until 2014, after 15 years as a co-founder and Executive Director of Macquarie Group’s private equity arm.

Michael is Chair of Goodstart Early Learning, Chairman of Assetic Pty Ltd, and a member of the Council of the National Museum of Australia. He is the author of Jumping Ship: From the World of Corporate Australia to the Heart of Social Investment. 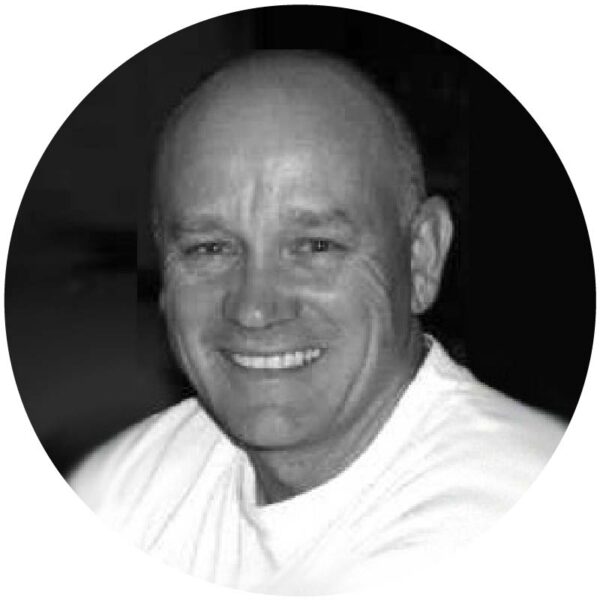 Ric served in the Federal Parliament for 10 years. He was also Coach of the Australian Women’s Hockey Team, coaching them to two Olympic Gold medals, before coaching the National Men’s Hockey team. 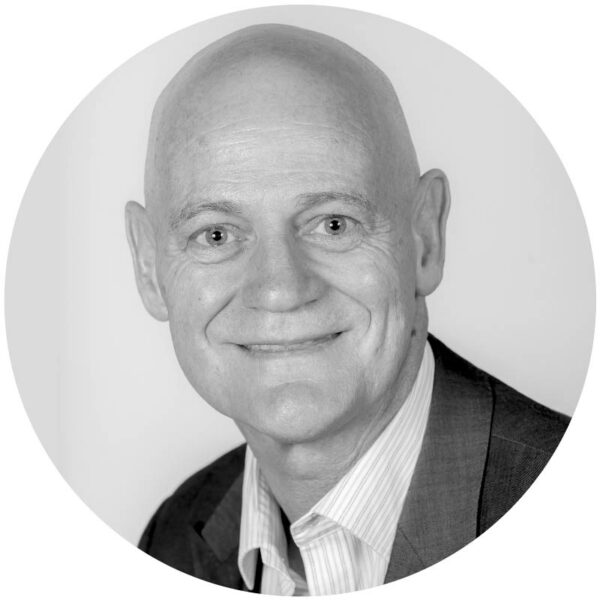 Rob Nairn has made an outstanding contribution through his vocation as a lifelong educator.

He is Executive Director of the Australian Secondary Principals Association and Associate Professor at Edith Cowan University. Rob also contributes through a portfolio of roles including as a Director at the Australian Institute for Teaching and School Leadership, Director at Principals Australia Institute and Executive Member of the International Confederation of Principals. He has extensive experience in metropolitan and regional senior high schools in Western Australia particularly in low socioeconomic areas. 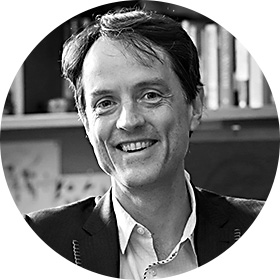 Vice-Chancellor and President, University of Tasmania

Dr Rufus Black is the Vice-Chancellor and President at the University of Tasmania. A strategic advisor, ethicist and theologian, he works on public policy, ethical, and education issues. Previously, he was the Master of Ormond College at The University of Melbourne, Deputy Chancellor of Victoria University, and a Partner at McKinsey & Company. 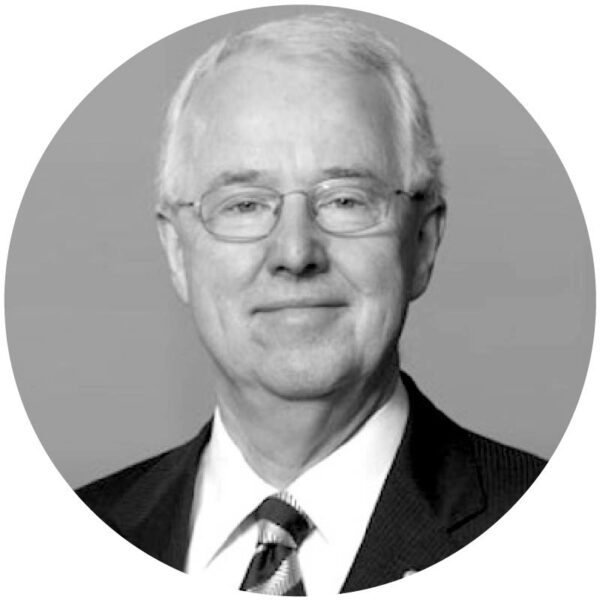 Terry Moran has been one of the most significant public servants of his generation, contributing to numerous critical reforms at both federal and state levels.

As Secretary of the Department of the Prime Minister and Cabinet, he was Australia’s most senior public servant from 2008 to 2011. He had a long and highly successful stint as Secretary of Premier and Cabinet in Victoria. He was the first Chief Executive Officer of the Australian National Training Authority and a former Director-General of Education in Queensland. In 2012, Moran was appointed as a Companion of the Order of Australia (AC) for service to public sector leadership, policy and management improvement.

Terry is currently the Chairperson for the Centre for Policy Development, Chair of the NSW Barangaroo Delivery Authority, Chair of the Melbourne Theatre Company, a member of CEDA’s Board of Governors, and a Senior Adviser at the Boston Consulting Group.

Learn more about our community 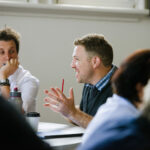 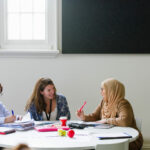 Global network
Teach For Australia is proud to be a member of Teach For All, a global network of over 59 independent, locally led and funded partner organisations with a shared vision for expanded educational opportunity in their countries.
Read more
Close