Teach For Australia’s executive team collectively lead the organisation’s strategy, culture, and impact. They bring a range of expertise across education, strategy, operations and governance. 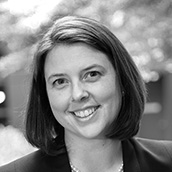 Melodie Potts Rosevear is founder and CEO of Teach For Australia. She is a disruptor and a problem-solver, driven by a vision for Australia where education gives every child, regardless of background, greater choice for their future.

Melodie has made it her mission to champion better educational outcomes for our most vulnerable children in Australia. In the past 12 years, the work of TFA has helped more than 350,000 students in 220 schools, while building a community of 1200-plus teachers and leaders who are bringing about change inside and out of the classroom.

Melodie was awarded an Order of Australia for her service to education and teacher development in 2021. She holds a Master of Public Policy from Harvard where she received a Kennedy Fellowship, and a Bachelor of Economics from the University of North Carolina at Chapel Hill where she was a Morehead Scholar.

Originally from rural Appalachia in the USA, Melodie lives in Melbourne with her husband Sam and young son Harrison, affectionately dubbed ‘Harry the Hurricane’, and their dog, Jack ‘The Ripper’ Russell. 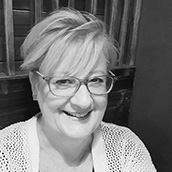 Jane is a natural leader and change agent, who is passionate about all levels of education. Before joining TFA, Jane’s passion took the form of management consultant across VET and higher education. As an innate problem solver, strategist, people person and deep thinker, she has achieved success transforming challenges into solutions across corporations and state government.

Jane is now focused on the internal workings of TFA, supporting people through change and achieving operational excellence, so that as we grow as an organisation we can increase our impact on educational inequality.

Jane prides herself on being authentic and kind. She lives in Melbourne and is frequently heard talking about her cat ‘Duchess by name, Duchess by nature.’ 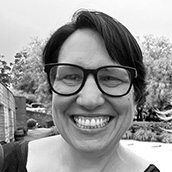 Louisa is a vocal advocate for educational access and equity in Australia. She has worked in the education, youth, community, philanthropic and mental health sectors and has many years of governance and leadership experience behind her.  Louisa has held a range of CEO, Executive and Board roles and is currently Deputy Chair of the Hester Hornbrook Academy Board.

Louisa is undertaking a PhD in Education at the Peter Underwood Centre (University of Tasmania) in flexible learning and partnerships, an area of passion and expertise.

She lives in Melbourne with her family and her dogs Rosie and Arthur and enjoys life in the Yarra Ranges. 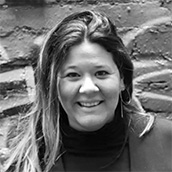 Georgie is a passionate not for profit leader with a relentless optimism for young people – their agency, their choice, their voice and their knowledge.

Georgie has worked across not for profit, government, corporate and technology start-ups, predominantly in education and holds the last 15 years of experience as the benchmark for continued learning and leading for growth and change.

Georgie is proud of her work leading the design and development of a program, bringing enterprising skill sets to thousands of young people through $20 Boss at the Foundation for Young Australians. She has worked extensively with teachers and leaders across both FYA, Edrolo and Teach for Australia developing their skills, behaviours, beliefs and mindsets, with a particular passion for connecting those in regional, rural and remote settings.

Georgie currently leads the emerging leadership space at Teach for Australia – working directly with aspiring and new school leaders to support and sustain their powerful work in classrooms nationally.

Georgie lives in Naarm (Melbourne), where she makes the most of the arts and culture on offer. She also often ventures down the south west coast of Victoria to visit family and be by the beach. 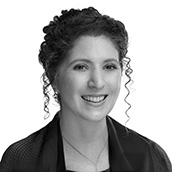 Lynda joined the TFA team as General Manager, Marketing & Recruitment in May 2022 and leads the execution of an integrated marketing and recruitment strategy. This includes planning and direction of recruitment and marketing, including promotion, branding and end-to-end communications. Lynda has a strategic and creative mindset with a passion for building purpose-led brands, great customer experiences and delivering commercial results. She has worked for a number of brands including RMIT University, Make-A-Wish, ANZ and more recently SGS Australia.

Lynda holds a Bachelor of Applied Science, Post Graduate International Business (Marketing), a Master of Business Administration and is a graduate of the Institute of Company Directors (AICD). She is also a lifetime member of the Australian Marketing Institute and a member of the AICD.

Lynda lives in Melbourne with her husband Lou, has two adult children currently both living overseas, and has her dog Mr Bucks follow her pretty much everywhere she goes. 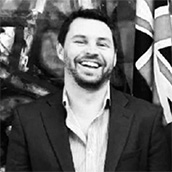 Heath is a strategic thinker and inspiring leader with significant experience as CEO of a national youth organisation which relied heavily on local, state and federal support. His professional background spans law, government, advocacy and executive roles.

Heath started his career as a lawyer at national law firm Gadens (now Dentons). During this time, he acted on secondment as a lawyer at the United Nations Special Consultative Body, the South Asian Human Rights Documentation Centre in India. After his time at Gadens, Heath was appointed an Advisor to the NSW Attorney General, the Honourable John Hatzistergos AM. At the end of their term in government, Heath took up the role of CEO of the national youth charity, an organisation he was a participant in as a teenager, overseeing a period of rapid growth for the organisation.

Heath has been a lived experience advocate for the underprivileged in Australia. His own Dickensian story of disadvantage and abuse was profiled on Australian Story, introduced by then Prime Minister John Howard. Subsequently, Heath wrote his autobiography, which was published by Penguin Random House Australia, with a foreword from then Prime Minister Kevin Rudd.

Heath has appeared as a panel member on the ABC’s Q&A program, is a recipient of the Davos Australian Leadership Award, and a finalist in the BOSS Magazine/Sydney University, Emerging Leaders Award.

Heath’s focus in this role will be on further strengthening TFA’s comprehensive government affairs program and stakeholder support, sustaining revenue and creating positive authorising environments for Teach For Australia’s programs.

Heath lives in Sydney with his partner and baby boy Ryker, and enjoys surfing on the Northern Beaches, and hiking in the mountains. 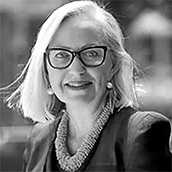 Loretta is an experienced philanthropy and social investment practitioner with more than 20 years working in the not-for-profit sector. She was the inaugural CEO of the Luke Batty Foundation, successfully steering through critical strategic planning and governance processes for growth.

Loretta lives with her husband and her two Burmese cats, George and Saffron, in Richmond, Melbourne. She has two adult daughters and loves the theatre, reading and eating chocolate. 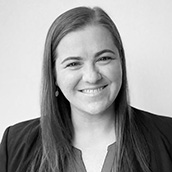 Briannon is a Teach For Australia alumna. She is a mission-driven, nonprofit leader passionate about harnessing the people-power of communities and impact networks to address system-level problems limiting the potential of young people.

Her current role is Director of Community and Internal Communications. She leads TFA’s work to cultivate leadership capabilities and networks among our Alumni with the aim of making sure that more teachers, leaders and schools in the most under-served parts of Australia flourish because of the support of strong allies. Briannon also helps drive Teach For All’s Global Alumni Strategy Community.

Across four continents, Briannon has previously worked as an award-winning classroom teacher, an instructional leader and school leadership team member (in a US charter school), a successful small business owner, and a program delivery manager in several educational charities.

Briannon lives in Sydney – right near the beach – where she spends a lot of time reading in her hammock and never takes the sunrise for granted. 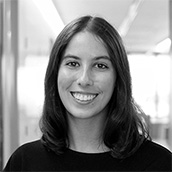 Mickie is an alum of Teach For Australia’s Leadership Development Program, which she completed after tertiary studies in mathematics.

She joined TFA as Chief of Staff in 2021 after three years at Bain & Company, to support the organisation’s operations in a period of growth – focusing on making time and information more effective, connecting pieces of work, and supporting projects across the Board, executive, and the wider organisation. She brings experience and understanding of Teach For Australia’s mission to create a community of leaders committed to educational inequity.

Mickie now calls Melbourne home after moving frequently when growing up. She is a very keen reader and always has a book on the go, and plays tennis and netball regularly.