Award recognition for young teacher with a love of learning 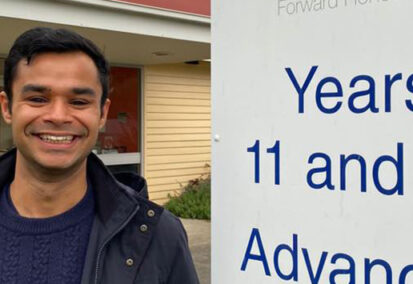 Driven by a love of helping others learn, a dedicated young English teacher at Huonville, in Tasmania’s south, has this week been recognised with a teaching and leadership award.

Dev Ansh Tiwari’s pathway to teaching was via Teach For Australia’s Leadership Development Program (LDP), which brought him to Huonville High School last year for a two-year placement.

This week Dev was presented with the Early Career Teaching and Leadership award from the Australian Council of Educational Leaders (ACEL), in recognition of his commitment to improving student academic outcomes, as well as contribution to his broader school community.

From Dev’s nominator: “Dev was nominated as an exemplary early careers teacher. It is important to recognise and celebrate excellence in teaching and learning, especially in those difficult early years. Dev has exceptional commitment to personal growth in education, which involves high levels of self-reflection and is able to bring others along with him on the journey. He is a model early career teacher with a brilliant future ahead of him.”

Humbled by the accolade, Dev is quick to credit his supportive school community.

“I’ve leant on every colleague at different stages of my teaching career. They’ve shown unconditional support for my growth and success as a teacher in the school,” he said

“While on this occasion I have won an award, there are teachers across the school doing fantastic things in classrooms. I hope this award shines the light on that fact to the broader school community.”

Huonville High School is nestled in the picturesque Huon Valley, about 30 minutes south of Hobart, and Dev has found it a welcoming community after moving from Canberra.

“As a mainlander, I had expected some backlash. Instead, the students are the first to tell you about ‘must-do’ hikes and secret trails and swimming spots in the region!”

Before applying to the Leadership Development Program, Dev studied a Bachelor of Economics/Bachelor of Laws (Honours) at ANU in Canberra.

“Admittedly, I always thought I would eventually end up a school teacher. However, I didn’t expect it to happen so quickly!” he said.

Influenced by his own educational experiences – first at regional high school in NSW, and later receiving a scholarship to a private school in Victoria – Dev was attuned to the educational inequity that exists in Australia and welcomed TFA’s orientation to addressing this gap.

He was also exposed to the possibilities teaching creates when he worked as a tutor during his own university studies.

“I worked with students from migrant and refugee backgrounds in a variety of contexts – from Grade 6 Maths to university level International Law. I’d leave those sessions feeling thrilled with the knowledge and experiences we shared. Teach For Australia’s mission for addressing educational inequality, alongside the enjoyment I gained working with students made teaching feel like a natural career choice.”

“I used to visit (Ben’s) school to mentor Year 10 students about their various options beyond high school. I saw the raw passion he brought to his classroom and listened to his students reflect on how significant a role he had played in creating options for their future. The authenticity of this experience connected with me.”

Fast forward to today, and Dev is now part of the same program, receiving support from TFA’s coaches and mentors, as well as the Alumni community, as he finishes his Masters of Teaching while working in the classroom.

“It’s fantastic that teaching and studying provides the unique opportunity to put theory into practice, and vice-versa. It has allowed me to immediately try new things that I’ve learnt. However, like many Associates will say, studying and teaching is demanding. Teaching can be highly emotional, which makes it exhausting. To then bring calmness of mind to maximise your academic work is hard!

“I’ve been lucky to have fantastic school mentors and TFA coaches. My first school mentor was Sabina Nowak (C2017). She understood what it was like to be a first year TFA Associate. Her mentorship provided me the necessary belief that I could push on, despite some significant classroom challenges. She connected me with different people in the school, and ultimately provided me tools and tips to thrive in the school context.

“My TFA coaches have helped me reflect on my practice. They’ve always managed a good balance between direct advice and allowing me to reflect to figure things out for myself. They’ve been awesome sounding boards for lesson and unit ideas.”

Dev has two pieces of advice for people who are considering entering the teaching profession.

“One, it is rewarding. Seeing students who you engage with every day, grow, is one of the most uplifting experiences you can have,” he said.

“Two, you have the chance to be directly contributing to Australia’s future. While you may think you will ‘just’ be an educator of three-four classes, you are part of a massive team that has the capacity to shape Australia’s social and economic prosperity. This is crucial, particularly in a time where the world faces numerous social, environmental and moral challenges.” 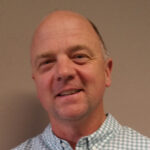 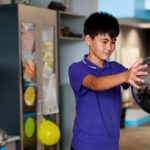 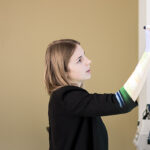