To prepare students for the future, teach them how to argue 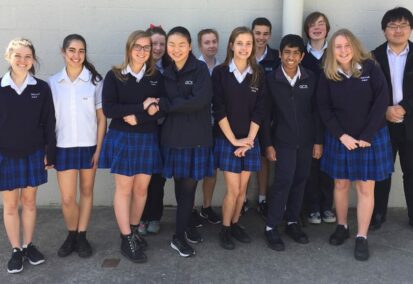 So often in education news we talk about preparing students for the workplace of the future, which inevitably points to the need for an increase in focus on STEM in schools. However, recent research has proven that the demand for people skills is growing faster than demand for STEM skills.

Research says that, “As our work becomes increasingly technologically enabled, human workers differentiate themselves from machine workers through their ability to connect, communicate, understand and build relationships.“

In the ACT, Teach For Australia Associate Vincent Chiang (Cohort 2016) is helping to teach his students one of the most important lessons in “people skills” by helping them learn how to constructively conduct conversations in the form of debate.

These big issues are the most interesting to debate for Eve, a Year 9 student on the debate team. “My favourite topics to debate are ones that make me engage with my own beliefs, such as social justice topics, because they make me think and what I conclude from these topics can often be applied to my real life pretty easily, so they feel useful and relevant to me,” she explains.

As part of the Grand Final, the two final teams were presented with three options from which to choose. Two of the options were “that we regret the Bachelorette” and “that we would prefer to live in a world with superheroes” but the students chose to debate “that parents should be required to have a license”.

Elicia, a Year 10 debater, remembers, “I was surprised by [the fact that] the topic ‘we regret the show the Bachelorette’ was an option. I was really excited because I LOVE the Bachelorette, but we didn’t debate it.”

The Gold Creek School debating squad has approximately 13 students, spread across three teams. “We meet once a week during lunch breaks and often after school as well to practice,” Vincent, the team’s coach, says. He runs “mini-lessons” on particular topics so students have both wide and specific knowledge of things like the law, Australian politics, international relations, economics, feminism, and philosophy.

The students run practice debates between themselves. “Once one team made it to the finals, that team practiced more consistently – twice a week, including once during a lunch break,” Vincent explains, “and the practice involved mini-lessons as well as practice debates against me!”

Vincent, who teaches English and Humanities at Gold Creek, is himself a champion debater: while at university, he made the finals of a number of national and international competitions. “I was also a judge and coach, and was invited to judge the finals of the World Universities Debating Championships.”

He’s excited to lead the Gold Creek team because of his passion and experience in the activity, but also because it helps students build on a range of skills, “including public speaking, critical thinking, and general problem solving. They also focus a lot on structure, and a lot of growth in debating involves having better-structured speeches. Students are also able to learn a lot about various topics they wouldn’t normally discuss in the classroom.”

Some have also pointed out that debating is actually a great way to excite students about STEM subjects. While coding, computer games, and volcano projects might grab the interest of some students, exploring technology and engineering through debate might hit a chord with others. In a recent article in the Educator, Dr. Suelette Dreyfus from the University’s School of Computing and Information Systems in the Melbourne School of Engineering said that “Getting students to think critically about the impact of technology and then articulate this requires them to plunge elbow-deep into the topic.”

The students pour a lot of their extracurricular time into learning and practicing the art of debating – so how do you get them to join in the first place?

Elicia says that, “I joined debating because my friend forced me. I really didn’t want to join [in Year 9] but I caved into peer pressure. I continued doing debating in Year 10 because it was a fun kind of stress, as well as, I noticed that I had reaped many benefits from it including analytical thinking, public speaking skills, and confidence in expressing my own opinion (which is something I had struggled to do previously).”

Eve also wanted to perfect her communication skills: “I wanted to improve my public speaking skills so that I could finally get up in front of people without wanting to cry.”

Trent, a Year 10 student, on the other hand, decided to join “because I enjoyed the thought of coming up with arguments, and blinding people with facts.” He also does it to stand up for his education, “wanting to prove that public education isn’t a failure.”

The debate team led by Vincent Chiang (Cohort 2016) made it to the Grand Final this year – and though they didn’t win, being the number two team in the ACT is an impressive feat. Congratulations to the Gold Creek School debate team – and we hope to catch your arguments at the Grand Finals again next year! 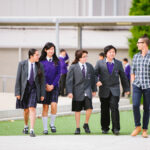 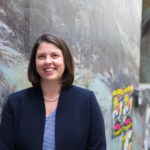