The recent release of the most recent NAPLAN results is the latest in a long line of findings about Australia’s declining student outcomes. The 2016 NAPLAN headline results revealed minor increases since 2013 in reading (0.4 per cent) and numeracy (1.3 per cent) and a slight decline in writing (0.2 per cent).

If past trends stand, the full release later this year will inevitably reveal disparate outcomes between students of different backgrounds.

Two major reports over the last couple of years have highlighted the extent of the gap between students from advantaged and disadvantaged backgrounds.

In March 2016, the Grattan Institute’s report Widening gaps: what NAPLAN tells us about student progress analysed NAPLAN data to reveal how much the gap widens between students of similar starting abilities who attend more privileged versus less privileged schools.

The analysis also showed that in a typical Year 9 class, the top students can be more than seven years ahead of the bottom students in testing ability.

In May 2016, as part of a Grattan Institute policy discussion, Teach For Australia’s CEO Melodie Potts Rosevear reflected on the extent of the learning gaps seen in Teach For Australia partner schools. Diagnostic testing for new students at the start of Year 7 often shows that while there a number of students performing above Year 7 levels in maths and English, many students are below Year 7 standards, with several students in each class functionally illiterate.

In November 2015, the Mitchell Institute’s report Educational opportunity in Australia 2015: Who succeeds and who misses out analysed the Australian Early Development Census, NAPLAN, ABS census school completion data and ABS labour force data to develop an index of educational opportunity to measure how many students are on track or missing out on important developmental milestones.

The analysis found that students from disadvantaged backgrounds are more likely to begin secondary school below international benchmarks for reading than their more advantaged peers – and are less likely to catch up.

Both the Grattan Institute and the Mitchell Institute argue that the NAPLAN national minimum standard is set too low to be consistent with international benchmarks.

A Year 9 student is considered to meet the minimum standard for reading if they are reading below the level of a typical Year 5 student.

Beyond NAPLAN results, the Mitchell Institute found that: 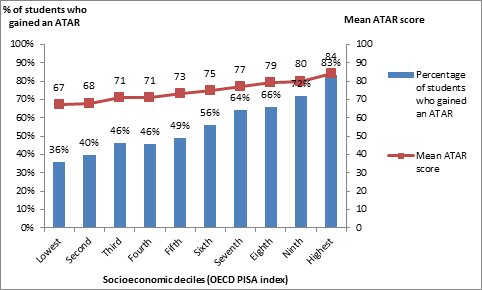 Teachers are central to addressing these gaps.

“Teacher quality alongside relative wealth are the biggest factors in academic success at school,” Professor Stephen Dinham said in The Australian. “So the biggest and by far the most important factor in succeeding at school is your socioeconomic status, while the biggest in-school factor is the quality of teaching.”

The New South Wales Centre for Education Statistics and Evaluation recently estimated that if Australia could reduce or eliminate the educational outcome gap between students from low socioeconomic and high socioeconomic backgrounds, the strength of the cycle of intergenerational disadvantage would be reduced by 25 to 40 per cent. 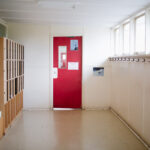 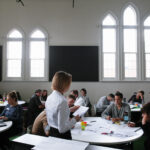 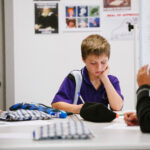