Meet a Teacher: Who is Christie Lees? 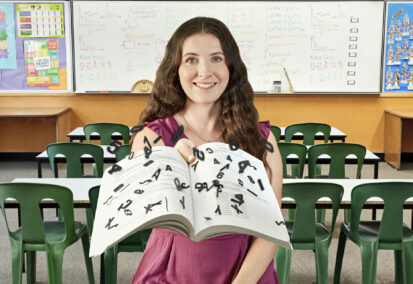 A little bit about Christie

My name’s Christiana.
I’m a maths teacher in the Northern Territory.
I applied for the Teach for Australia program
because I had great maths teachers in school
who encouraged me to study maths
even though I didn’t feel
that I was necessarily talented in the subject.
I chose Teach for Australia over other pathways
into teaching because I couldn’t pass up the opportunity
to get into the classroom straight away.
I think that just to be able to go to a school
where I might not have had the opportunity
to visit otherwise or would never have considered
the territory beforehand, and to go there
and help students straight away was a much preferred option
than studying for two years first.
To undertake the TFA program I relocated
from Melbourne to Darwin.
It was really my first time away from family and friends.
So I think I relied quite heavily
on the Teach for Australia network,
and I was really grateful for the support
that I had to ease that process.
The most challenging aspect was working with students
who weren’t from the same background as myself
with regard to that love of learning
and a natural curiosity.
So I had to work really hard to connect with my students
and find things that we had in common
and find ways to motivate them
and inspire them to love school.
I think one of the things I’m most proud of
is where my class went from being a C average
to a B average over a six month period.
And for me that was just amazing
bringing students up to working above standard
and going from saying,
“I don’t like maths, I can’t do maths,”
to saying it’s their favorite subject
and they’d like to pursue it post their secondary education.

Christie had inspiring maths teachers back when she was in school who encouraged her to pursue further study, even though she didn’t really think she had the knack for maths. She didn’t have academic help at home, and felt that she was struggling in the subject. Her teachers changed the perception she had of herself in the subject.

“I wanted to pay it forward to students, and help them overcome the unfounded idea that ‘I’m just not a maths person’,” she says.

“One of the things I’m most proud of is when my students went up from a C-average to a B-average over a six-month period. For me, it was amazing, bringing students to working above standard, and going from saying ‘I don’t like Maths, I can’t do Maths’ to saying that it was their favourite subject and they’d like to pursue it after their secondary education.”

We asked what she would say if she could give some advice to her younger self at the start of the program.

“Hold onto your high expectations as much as possible, as students will be able to reach them with persistence. Also, try to get into a healthy routine as fast as possible!” 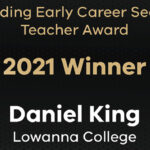 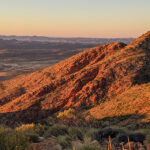 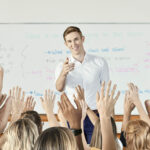