The gap between knowing and doing: Climate change and the education system 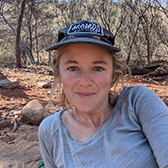 As far as I can see, hear and feel, change is in the air. Kids are listening, they are engaged, and they are striking in the hope of a better future.

“Schools can either be places of reproduction, or transformation,” I heard Leisel O’Keefe, Principal consultant at Aboriginal Education Training and Learning, say to us the other day in a P.D. Yes! The purpose of school is to get kids ready for the world, which is what the curriculum sets them up for. From 12 years old, we teach them how to be active citizens, how to research the impacts of climate change and how to creatively come up with solutions.

Last year, while learning about politics, our Year 12 students went from having their heads on the desk in complete disengagement, to self-organising a climate rally as part of the Schools Strike 4 Climate. A few of them even ended up on the local radio, got interviewed by the local newspaper and rallied the younger students to show the local community that they care. Reflecting afterwards, the students told me that this had surprisingly been one of the most memorable moments of their schooling.

However, what they were more surprised by was the push back they got from some of the adults in the community. These kids did what we’ve tried to encourage in them for years: they took what they’d learnt in class, applied it to the real world and used their voices to stand up for something they believed in. The students then went to the Principal, to see if the school could cut down on its single use plastic use, start composting and put solar on our roofs. Things have been set in motion but there was some departmental red tape that stopped any action on discussions around solar implementation and the department’s lack of support for renewable energies in schools. That’s it. End of story.

This feels incoherent to me. On the one hand, the curriculum supports the students developing into being active citizens. But then on the other hand, the system shuts them down for speaking up for something they believe in without any real explanation.

Our school in Karratha, Western Australia, spends over $1 million a year on air-conditioning in one of the sunniest places on earth. Surely, if anywhere in the world had a case for solar, it would be us. It would save the education system money, it would show the students that their voices are heard and encourage them to keep believing in system change. Is this not emblematic of how schools exist to be places of transformation?

The students still ask about why there has been no action on solar and feel confused as to why they aren’t getting straight answers. I share that feeling of confusion. They want to see action, and to push for change. If anyone has had any luck with getting renewables into schools or knows why there is a block please leave a comment below.

Lilli Morgan is a Cohort 2018 Alumna of the Leadership Development Program.

Since beginning the program she has taught in the Pilbara region of WA and in Alice Springs in the Northern Territory.
Read more articles