The lost art of letter writing 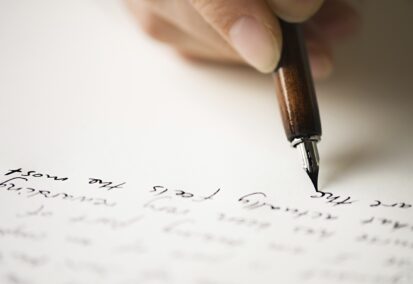 “In an age like ours, which is not given to letter-writing, we forget what an important part it used to play in people’s lives.” – Anatole Broyard

As someone who my parents regularly describe as ‘overly imaginative’ and having ‘a lot of feelings’, it is no surprise that I am a letter writing aficionado.

In Year 11 at a ‘motivational camp’, we were asked to write letters to our future selves that would be returned to us at the end of Year 12. I pretended to groan and complain with my friends at the lameness of this idea, but then secretly went away and penned a three page exposition to myself detailing all my deepest hopes and fears for the future (not going to lie, the first question I asked future Hannah was, ‘Do you have a boyfriend now?’)

Eight years on, when young people are pretty much saturated in a plethora of ways to instantly communicate with each other, I’ve managed to maintain a pen pal relationship with a friend living in Victoria, even though half the stuff we have written in our letters we have already canvassed over the phone or via text message.

I’m not sure what it is that I like so much about letters. Perhaps it’s how personal they are, that when you open a letter you are viscerally aware that the other person sat over that exact piece of paper- you see them on the page, you feel them in their handwriting. Perhaps it’s the fact that letters capture a genuine, unedited moment in time, free of backspaces and delete buttons. Or perhaps it’s the fact that letters have the power to facilitate honesty in ways that other communication mediums don’t, where talking feels clunky and texting feels impersonal, letter writing provides an avenue for a person to truly express themselves.

In my first year of teaching, I have tried to weave letters into my English and Humanities lessons in a variety of ways. At the start of the year, I asked my students to write me a letter about ‘anything they wanted me to know’, and I wrote individually back to all of them.

I have used letters as assessment tasks for Humanities when asking students to imagine the perspective of soldiers in World War I. After the US Presidential election, when they were confused and concerned about what was going to happen to their future, my students wrote letters to Donald Trump and Hillary Clinton. At the start of this term, I channelled my year 11 motivational camp facilitator and asked my students to write letters to their future selves, that I would give back to them at their Year 9 graduation for them to keep or open at their leisure. 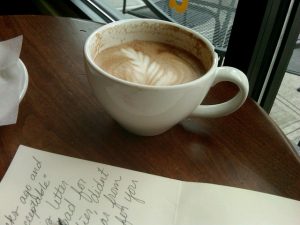 The most humbling and heart-warming letter writing experience I had was with one of my most disengaged students, who simply refused to do any work in my class and instead mucked around and played the class clown. After failing with all the strategies I had thought of to try and encourage this student to do his work, I decided to try a negotiation: that every lesson, this student would have the choice between writing me a letter or doing the set class work. He decided to write me letters.

On the first day, the letter was only a couple of sentences long; the second one was a bit longer. After each lesson, I would chat to my student about his letters. He talked about how he was worried his family was going to move away from Darwin and he was going to have to leave the school, how happy he was with his girlfriend here, and how this was the first school where he had had friends. On the third day, the letter was two pages long. Then on the fourth day, when I gave him the choice, my student looked at me and said, ‘I think I want to do class work today’.

The following week, this student told me he wanted to get an A in his next assessment task. He started coming into my classroom at recess and lunch to work on his assignment. Other teachers started noticing he was doing more work in their classes too, and praised him for this effort. I gave him a Student of the Week Award at assembly a few weeks later and he asked me to take a photo of him with his award to send to his auntie. A few weeks later, I called his Dad to tell him how pleased all the teachers were with his increased effort at school.

My student came into class later that day and told me his dad had called him at lunchtime to tell him he was proud of him, and my student said he couldn’t remember the last time his Dad had said that to him. When my student got his results for the assessment, the best marks he had received for any assignment that year, he asked me to take a photo of him with his rubric to send to his family. The tangible pride and confidence in himself and his abilities that my student had developed throughout that term was remarkable, as was his understanding that you don’t have to be the class clown to be noticed and appreciated by those around you.

Letter writing doesn’t solve everything, and this story is a one in a million for me. But I truly believe that letters possess the power to create and convey a genuine, caring relationship between all sorts of people. Knowing that someone values you enough to take the time to read and respond to your words, all of them, can mean so much in a world that is so overcrowded by social media and instantaneous, superficial communication that it can ironically make you feel even lonelier than ever.

As a teacher, I would definitely recommend letter writing as a tool to develop relationships with your students, and as a person – well, if you’re interested in having a pen pal, you know who to ask 🙂