VCE text selection for EAL: Is it equal? Is it fair? 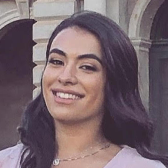 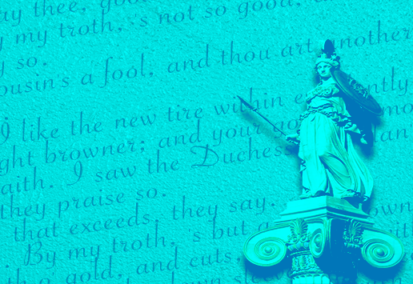 As a teacher of English as an Additional Language (EAL) I have seen and felt the impact that the lack of diversity in texts has had on my students. Although there has been positive initiatives from the Victorian government to enhance the junior high school EAL curriculum, the suitability of texts for senior high school students has been an ongoing area of concern for VCE students who might find the texts irrelevant and not engaging.

VCAA’s English text list for implementation in 2022 starts with statements that texts must have “literary merit” and “be suitable for a diverse student cohort from a range of backgrounds and contexts, including students studying EAL”. Although there is no doubt about the merit of the suggested texts, the inequity of text diversity that could negatively impact educational outcomes of students in EAL, has been an integral challenge I have faced teaching EAL students.

A very brief history of EAL

Teaching English as an Additional Language has come a long way since the 1970s. The approach has mainly shifted from “integration” approaches to viewing teaching through a “multicultural lens”. Integration refers to the “we only speak English at school” through to the acknowledgement of students’ cultural, religious, and individual values.

In the current Study Design, “Bilingualism is encouraged” is a commonly occurring sentence in Department documentation and guidelines. English as an Additional Language or Dialect (EAL/D) teacher training is a specialist pathway teachers can pursue, to differentiate between teaching an “additional language” and VCE content.

This is where things become a bit awkward. Euripides’ Women of Troy, ol’ mate Shakespeare’s Much Ado about Nothing, Hitchcock’s Rare Window. Great texts.

Who wouldn’t want to analyse the tragedy which took place in the immediate aftermath of the Trojan war, critiquing the atrocities committed by the Greeks to both people of Melos and Troy? Or about a man recuperating from a broken leg, who, out of boredom, begins to spy on his neighbours and comes across a shocking revelation? Engaging plot: check. Literary merit and different perspectives: check. Equity: not so much.

EAL/D students I had the privilege to teach in Shepparton during my time in the TFA leadership program came from a range of diverse backgrounds, languages, world views and spoke at least two other languages at home. I taught a 16-year-old boy, escaping a war-torn village in the heart of the Taliban’s sovereign rule in Afghanistan, and a 17-year-old girl escaping forced marriage and fleeing Somalia with a new-born. Their language learning prematurely ended with a six-month course in English comprehension, writing and reading, mandated by the Department, before entering the unknown territory of VCE.

It was nearly impossible to understand the gaps in schooling and the trauma these people carried on their young shoulders, with my assigned text to teach them: Shakespeare. I knew I was setting them up for failure, or at least a long, uncertain path.

In the past two years, although my immediate scenery has changed from the TFA stronghold of Shepparton and its many familiar TFA faces to the Bayside suburbs of Melbourne, the discrepancy in achievements for my EAL students remains as powerful as ever.

The process of language acquisition, retention and utilisation of English as an additional language differs in high school students, and links directly with their experiences of schooling, trauma and prior knowledge. Therefore, categorising these students under the same banner is nothing but oversimplification of the curriculum and labelling students with the same badge.

My purpose here is not to create my own system of labelling and categorising. My intent is to reflect on the cultural, social and psychological capitals of EAL/D students. Yet, we expect them to compete with one another in an inherently unfair situation (VCE is nothing but a competition) and achieve at least 30/50 in their final examinations, based on those prescribed texts. A student who is here on an exchange program, or sponsored by a host family, has access to tutoring, and comes with a multifaceted understanding of literary genres. That student is going to be ahead of the game.

No matter how much I scaffold for the cohort with minimal experience of schooling, I am very much behind, as I am a “language” teacher mostly, catching them up with subjects, verbs and objects, not on the historical contexts of Trojan Women in an historical play.

Victorians have come far enough to acknowledge the necessity for an EAL/D curricula, reporting, and teacher training scheme, yet somehow we assume all EAL/D students commence and demonstrate their learning from the same starting point. Besides, we assume they all appreciate and feel a connection with the Women of Troy and Malala the way we do.

The VCE text list does fulfil its promise in diversity and inclusion, but it does not fulfil it to  suit students from backgrounds whose diversity means huge gaps in schooling, with consequent effects on mental health and physical wellbeing.

We also need to strive for a system with no standardised testings, no ranking. Because let me tell you, Bayside and Shepparton are going to be forever different. We want texts and testing that measure the growth of the student, not dumping them in a pool of candidates, some of whom will always have a better understanding of texts, essays and Troy. Literary merit is important. Selecting texts on the basis of literary merit might be unrealistic.

Linguistics and EAL Teacher
Mahsa studied English Literature and Linguistics in Iran, before migrating to the Land Down Under and taking on the journey of Teach For Australia. After completing two years of teaching in regional Victoria, she pursues her passion for teaching Linguistics and EAL in Melbourne.
Read more articles 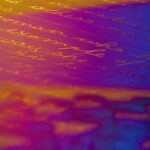 I have been reflecting for some time about what schools should focus on, and more recently what kind of life I want my one year old son to have. 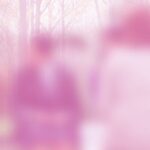 There are rhythms and moods to a school year; patterns that repeat across days and terms and years. A calendar of movements that roll from Monday morning bells to Friday afternoon bells.