Learn about the regions and communities that we work with, and hear stories from the field

Our work and impact

Although the Territory is vast, the Associate and Alumni community is close, with thriving communities in and around Darwin, Katherine, Alice Springs and Tennant Creek, as well as more remote locations such as Maningrida in Arnhem Land.

Teach for Australia in the NT

Specifically designed for teachers working in regional and remote schools facing educational disadvantage, the program prepares you for the next step in your career: the challenging, yet rewarding, roles of school leadership.
Learn more

Educational inequity in the Northern Territory

Recent statistics released by the Program for International Student Assessment indicated that, if the Northern Territory counted as its own nation, the it would sit in the bottom brackets of international education rankings. The study also found Northern Territory students were being outperformed by the rest of Australia, with top jurisdictions outpacing the NT by up to two years in essential skills such as mathematics and reading.

This situation is further complicated by the region’s unique educational, geographic and cultural context.

Over 40% of the Northern Territory’s student population identify as Aboriginal or Torres Strait Islander; but in schools where Aboriginal and Torres Strait Islander children made up more than 10% of enrolments, teachers are often underprepared in how to engage with this cohort. In one study, over 75% of those teachers surveyed received less than one day of training in Indigenous education. School attendance figures are lower than anywhere else in the country, and are heavily informed by cultural practices and norms.

Most significantly, more than 40% of Northern Territory schools are in remote or very remote locations; nationally, the figure is just 3%. Studies have indicated that rural and remote schools are more expensive to run, harder to staff, and students have less choice in the subjects they study, especially in their senior levels of schooling. The impacts of these systemic limitations is damning. Compared to their metropolitan peers, students from rural or remote communities have poorer educational outcomes, higher rates of absenteeism, and engage less with tertiary education; they report more challenges with emotional wellbeing and with feelings of belonging, self-confidence and perseverance.

Teachers can have a great impact in the Northern Territory, where the geographical challenge of being distant from main centers brings limited access to resources such as relief teachers, computer technicians and shops.

One of the privileges of living and working in the Territory is the opportunity to work with and learn from Aboriginal people. Nearly 30% of the Territory population is Aboriginal, and 80% live in regional or remote areas, many speaking up to five or more languages. Associates and Alumni are working in remote areas, and some of our teachers in urban areas are learning to speak an Aboriginal language. Educational inequity is a very real issue in the Territory and it will only be through building strong partnerships with Aboriginal people that we can work towards a future in which every child in Australia is able to attain a culturally responsive education.

Teaching in the Northern Territory

Placement in the Northern Territory is an opportunity to live in an exciting and diverse region of Australia, and to work in communities experiencing significant educational inequity.

There are opportunities for all sorts of adventures no matter where you are placed. It’s home to iconic desert landscapes and national parks, including Uluru and Kakadu. Teachers can have a great impact in the Northern Territory, where educational inequity is among the highest anywhere in Australia. The geographical challenge of being distant from major centres brings practical challenges relating to limited access to resources such as relief teachers, computer technicians, and shops.

One of the privileges of living and working in the Territory is the opportunity to work with and learn from locals, the Larrakia, Yolngu, Jawoyn, Arrernte people. The Northern Territory is home to many people from many multi-cultural break grounds. Teachers are often teaching students whose first language is not English. This is very true in the very remote communities where locals may be speaking up to five or more languages. We have alumni now teaching in remote communities and some of our teachers in urban areas are learning to speak the local Aboriginal language. Educational inequity is a very real issue in the Territory and it will only be through building strong partnerships with Aboriginal people that we can work towards a future in which every child in Australia is able to attain a culturally responsive education.

The dry season is a magic time of year with hot sunny days and cool nights. There are lots of opportunities to visit remote Aboriginal communities, attend sporting and cultural festivals and learn from the oldest living culture in the world.

Darwin itself is also very multicultural with strong connections to Indonesia and other parts of Asia. The Territory, with its history reaching further than 60,000 years, is a fascinating and interesting place to work and live.

Located at the Top End of Australia, Darwin is the largest city in the Northern Territory.

The city has plenty of wonderful markets, delicious food and great bars and nightlife. If you’re moving from elsewhere to Darwin, you might find the heat and humidity take some getting used to, but the nature is spectacular.

Camping and hiking are must-do weekend activities. Kakadu National Park, the stunning and enormous nature reserve, is just a few hours’ drive. Whether you’re in for some birdwatching or croc spotting, whether you prefer to swim beneath a waterfall or roam past millenia-old rock art, Kakadu offers something for all kinds of explorers.

Our placement schools in the Darwin area are generally up to a 60-minute drive from the Darwin CBD. These schools vary widely from large rural schools to smaller schools, which cater for families from a range of ethnic and socio-economic backgrounds.

We currently place in Katherine and Alice Springs in regional Northern Territory.

Katherine is a close-knit town, located 300 kilometres southeast of Darwin on the Katherine River. It has a small-town feel, with friendly residents who are always happy to chat and help out the community.

The city has many travel opportunities on its doorstep, as camping and outdoor adventures fill the weekends for Associates. The top attractions in Katherine include Nitmiluk National Park, Cutta Cutta Caves National Park and the Katherine Hot Springs, among countless other parks and tourist attractions.

Located right in the centre of Australia, Alice Springs is an outback town full of opportunities for impact as well as adventure. With plenty of hiking trails, bike tracks and waterholes, Associates love spending time out in the stunning scenery.

Alice Springs is also a base to exploring the natural wonders of Central Australia, like Uluru, Kings Canyon and the Simpson Desert. Alice Springs also hosts many cultural festivals and events throughout the year and is home to extraordinary museums and Indigenous art galleries.

Our regional schools are not without challenges. Geography, history, weather and complex social and economic issues means that these schools and families often experience some of the NT’s highest levels of educational disadvantage. Associates placed in these areas often appreciate the opportunity to be part of a close small community.

In the past two years, we’re proud that we’ve been able to partner with schools in remote and very remote parts of the NT.

We currently have Associates placed in Tennant Creek, Maningrida and Elcho Island. The majority of students in these areas are Aboriginal who speak English as a second (or sometimes third or fourth) language. The need for teachers and leaders is substantial.

These placements require a lot of grit, flexibility, patience and determination, but will also result in a deep personal and professional growth.

Students and families in very remote communities in the NT face some of the highest levels of disadvantage in Australia. We are committed to ensuring that we work with our schools in these locations to ensure our programs are working towards addressing educational inequity so that all students have access to a quality education.

Stories from the NT 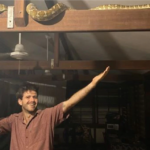 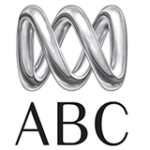 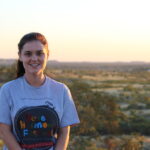